E-cigarettes and vaping could start appearing in glossy TV, radio and newspaper ads under new laws in Canada.

The federal government's new Tobacco and Vaping Products Act will force tobacco companies to use plain packaging but it also opens up a world of marketing possibilities for vaping liquids and e-cigarettes.

The new law, which received royal assent last week, legalizes and regulates what had been a "bold, black market," according to David Hammond, a prominent university professor and chair of Canadian Institutes of Health Research.

Nicotine e-liquids have, until now, been technically illegal but available at vape shops and other stores in most cities across the country with most international companies staying out of the market.

With legalization however, Hammond predicts Canadians will see big multi-national companies move into the marketplace and so will their ads.

Restrictions on e-cigarette advertizing will also be far weaker than for tobacco which could lead to an explosion in glossy vaping commercials.

"It made no sense to ban the product that's less harmful when you can still buy cigarettes in every store.

"For the first time in decades, you could see TV or front page newspaper ads for recreational nicotine products."

Hammond, who testified before Parliament while the law was being drafted, said advertising is the most contentious part of the new Tobacco and Vaping Products Act.

"There were a lot of folks, like me, that were quite concerned about the amount of advertising that's allowed," in particular when it comes to children, Hammond said.

Rob Cunningham, senior policy advisor for the Canadian Cancer Society echoed his concern, saying: "The restrictions for e-cigarette advertising will be far weaker than for tobacco or cannabis and youth will be exposed to this advertising.

"Depending how advertising and promotion evolves in the marketplace, there is the potential for youth to be exposed to substantial ads."

The Canadian Cancer Society is recommending stronger regulations for the advertising components of the act, which is also being considered by Health Canada through consultations.

Advertising that is lifestyle in nature, that's appealing to youth or depicts a person or an animal will be prohibited as will making any health claims - but there will be no restriction on where they appear.

No flavors will be banned in the federal legislation but it will outlaw “promotion and labeling of flavours appealing to youth – such as unicorn puke," he added. 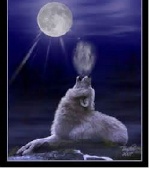